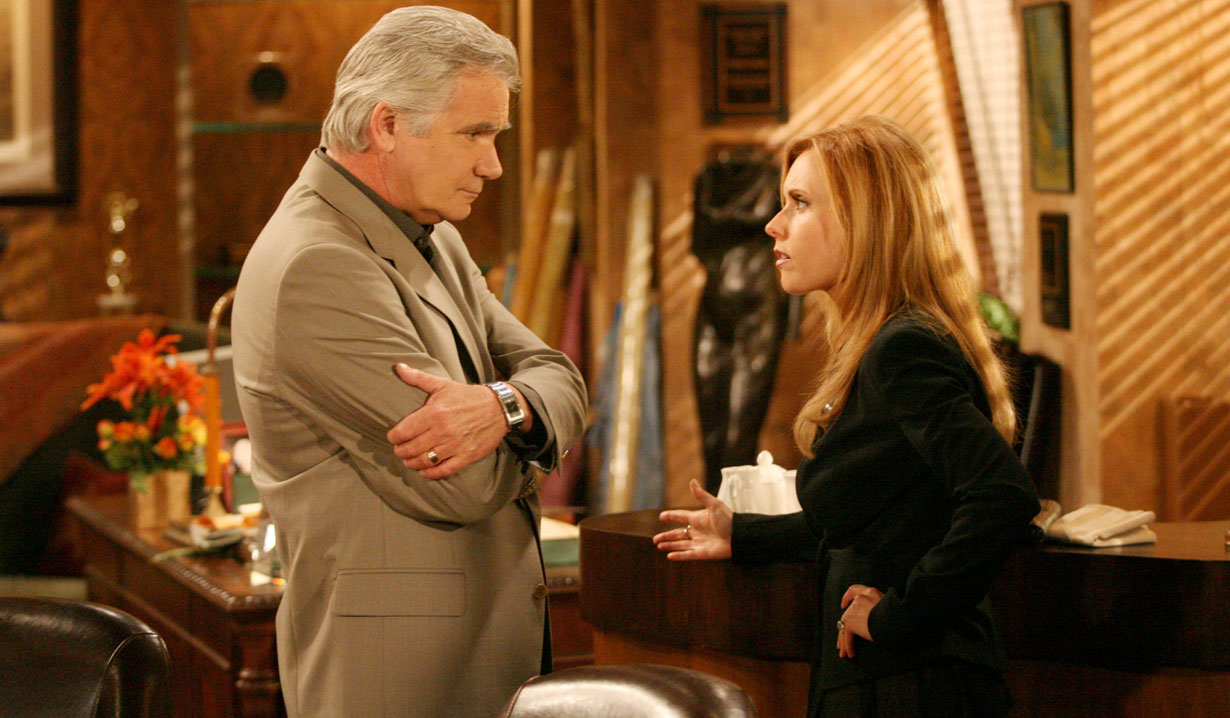 Fighting for their lives.

In this week’s “The Bold and the Beautiful” Throwback Thursday Soaps.com takes readers back to 1997 when Eric Forrester and Lauren Fenmore almost froze to death and were taken hostage after their plane crashed in Greenland…

Various characters recently made their way to Paris for a big Forrester Creations promotional tour. Years ago, Eric and Lauren almost died after they left Italy on their way back to the States. Eric proposed to Stephanie through a note in Lake Como. Though Stephanie wanted to marry Eric, a tiff with Sally Spectra and a stranded boat prevented her from making it to the church. Eric believed Stephanie stood him up and boarded a plane with Lauren back to The States. During their trip the plane went through a nasty storm, which caused an explosion leading to a crash-landing.

A stranger named Rush rescued Eric and Lauren at the crash site in Greenland. Though they were out of the cold it wasn’t long before Eric and Lauren realized Rush couldn’t be trusted. Rush pretended to call for help many times but had no intentions of letting them go. Something about Rush was very familiar and Eric realized he was in fact a criminal named Tony Carrera. When Rush realized his identity had been blown, he tried to rape Lauren but Eric shot him with a crossbow.

Do you remember what crime Rush committed? Vote in Soaps.com’s “B&B” poll.

Also, vote in our Genoa City Throwback Thursday poll surrounding Y&R’s Gina’s Italian Restaurant and read Soaps.com’s Where Are They Now column to view photos of Susan Lucci’s Hamptons Estate, which is now for sale.