Ex-B&B’s Antonio Sabato Jr. To Fix It & Finish It 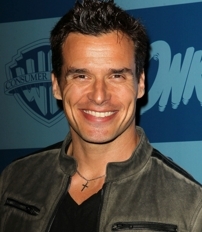 Antonio Sabato Jr.’s series, “Fix It & Finish It” has proved to be a success and has been renewed for two more seasons of 150 episodes each by Bellum Entertainment and Raycom Media.

Actor Antonio Sabato Jr., who played Dante Damiano on “The Bold and the Beautiful,” is set to star in Raycom Media and Bellum Entertainment’s “Fix It & Finish It.” The new series, which debuts on September 8, will feature Sabato Jr. and his crew traveling the country helping families fix and finish their homes. Every day of each week the team will be in a different city finding homes with rooms needing a full makeover. The contractors and designers will take on the challenge and go in and create magic by turning the rooms around in a very short period of time. Each episode will also feature the homeowners, with Sabato Jr. doing the wraparounds and sometimes appearing on location when the work is being done.

Antonio Sabato Jr. is well-known to daytime viewers for playing Jagger Cates on both “General Hospital” and “General Hospital: Night Shift.” He has also appeared on television series such as “Earth 2,” “Melrose Place,” “Charmed,” “The Help,” and “Castle,” and just completed filming on the upcoming TV movie, “All I Want For Christmas.”

Watch the B&B Weekly Spoiler Video: A Gift and a Curse to find out who can’t be trusted. Check out our Soap Opera Fan Soap Summaries to learn who slapped Days of our Lives’ Will and more.

The Bold And The Beautiful Saturday Teaser Poll: Gift

The Bold And The Beautiful Spoiler Video: Over