In this week’s “The Bold And The Beautiful” Throwback Thursday Soaps.com takes readers back to 1997 when Clarke Garrison assumed Sally Spectra would grant him partial ownership of Spectra Fashions…

Ivy Forrester recently received an intriguing business opportunity. Years ago, Clarke mistakenly thought he was owed one. Clarke was very aware, as was Darla, that he had a lot to do with the success of Spectra Fashions. In fact, when Sally summonsed him to her office he believed it was to show her appreciation by giving him partial ownership of the company. Though Sally apologized for not always showing Clarke the appreciation he deserved, she had no intention of handing over part of Spectra to him. However, she did give him something else.

Macy didn’t feel sorry for Clarke, who’d been stomping around the office, whining about Sally’s lack of a proper thank you, and reminded him of all his past indiscretions where the family and the company was concerned. In the end, Clarke was convinced that Sally remained bitter about their personal past and vowed to get revenge no matter what the cost.

Do you remember what Sally gave Clarke instead of partial ownership? Vote in Soaps.com’s “B&B” poll. 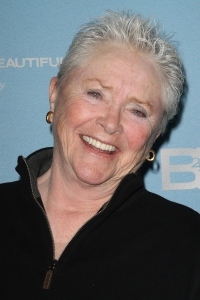