Speaking of Nick and Stephanie, wasn’t their scene on his boat wonderful? I totally bought that she would pour her heart out to this man, who isn’t exactly her friend, because she is devastated and needed someone, anyone, to talk to. As she said, he was her port in a storm and Nick showed her a great deal of compassion while allowing her to reflect on her life. Another example of how effective quiet and subtle can be. Kudos to both actors for a great scene.

Does anyone else wonder why they brought Rocco back? We’ve seen him, what, once since his return? We were supposed to ‘surprised’ by how he had stayed in touch with the Forrester family all these years, right? Was his working at Forrester International that big revelation? If so, consider me disappointed. I really hope they have other plans for him.

So I guess I have to talk about them now. Rick and Steffy are now engaged. I thought it was a strange reaction for Ridge to go from finally accepting them as a couple to giving his daughter a wedding dress. I get that he doesn’t want Steffy to think he’s trying to control her and hopes that she will figure out who Rick is on her own, but that was a pretty big leap. Rick hadn’t even proposed yet! And the last time they talked about marriage, Steffy told Rick he was too impulsive and she couldn’t trust his actions. So what happened? Oh, right. Someone tried to kill him and they had sex. Now he’s perfect husband material.

Even though they are engaged, Rick’s face didn’t exactly express enthusiasm for the idea. So, again, are we supposed to believe he doesn’t want to be with Steffy? After his rant at Ridge last Friday, one would think he didn’t really love her, but of course it was like his disgusting speech to Ridge never happened. If Rick doesn’t really want to be with her, then we should have been given a sign when he gave Steffy the engagement ring. A look, or a tone of voice relaying to the audience that he doesn’t exactly want to go through with it, would go a long way in making me understand where this character is at, instead of the glossed-over, happy, in love montage we got. It's like he's two characters and it’s confusing.

So that’s it for me this week. How about you? Feel free to share your thoughts below. 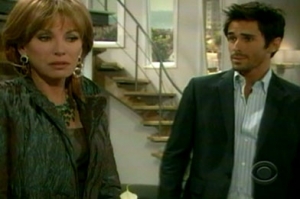 B&B Breakdown for the week of March 30!

I enjoyed this week quite a bit and I think it was because B&B didn’t focus solely on one story. Rick and Steffy didn’t hijack the show so aside from them this week, we also got to see Stephanie getting fired, Owen flirting with both Jackie and Bridget, Bridget finally telling her father about her new career, Nick pondering the future of his company, Owen and Jackie house hunting and Stephanie and Nick sharing a poignant moment.

I can’t tell you how much I am loving Owen and Jackie together. I adore their chemistry and Owen’s cocky attitude so much that for the first time I am truly enjoying Owen as a character and Brandon Beemer as an actor (that includes his Days of our Lives stint) and am looking forward to seeing more of this storyline. I thought I wanted him to be with Bridget, but I think Jackie is much more of a force to be reckoned with. Regardless, I think we’re in for some fun, which we B&B viewers definitely need after months of high drama.

Eric firing Stephanie had to be done. He was dead on that Stephanie is always negative and angry about something. It really was in his best interest to rid himself of this major energy-suck in his life, but not only is it good for Eric, it’s a great step in the right direction for Stephanie as well. Hanging around the office watching the man she loves with his new wife is not healthy and she will never move on. Now she has the opportunity to start anew and make a wonderful life for herself. Considering all the talk between Nick and Owen regarding Stephanie’s brilliance at FC, I think we can all see what her next move will be. Which, again, has the makings for a lot of fun and entertaining possibilities. 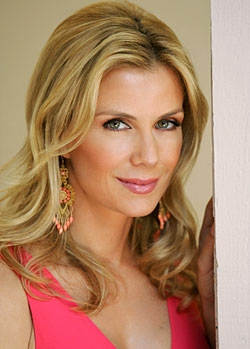 The Bold and the Beautiful's Katherine Kelly Lang Talks to Soaps.com!

The Bold and the Beautiful's Ronn Moss Opens Online Store! 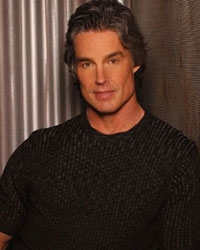