The Bold And The Beautiful Poll: Ridge’s Future 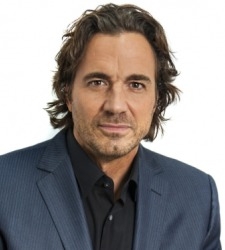 Where does he belong?

Ridge initially came back to Los Angeles to win Brooke over. Then priorities changed and he planned to share his life with her sister Katie. Now that things are settling down from the helicopter fiasco, which resulted from him rushing off to stop Brooke from marrying Bill, Ridge appears a bit confused but has assured Katie he still wants to marry her.

Let’s reevaluate Ridge’s current state… Vote in Soaps.com’s poll to let us know what path you’d like to see Ridge take next and feel free to leave us your own thoughts on this storyline in the comments section as well.

Also vote in Soaps.com's Genoa City poll to share what you'd like Y&R's Stitch's Secret to turn out to be and read our 41st Annual Daytime Emmy Coverage section for loads of details from last Sunday's awards ceremony interviews and more.