The Bold And The Beautiful To Shoot In Paris, France 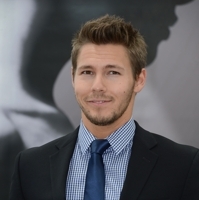 In addition to the planned “B&B” shoot in Monaco on June 9 and 10, which will involve a wedding, the show has now announced that it will tape episodes in Paris, France beginning June 11. The shoot will coincide with “B&B’s” 25th year of broadcasting in France, which falls on June 12, and will include the following cast members: Scott Clifton (Liam), Kim Matula (Hope), Darin Brooks (Wyatt), and newcomer Ashleigh Brewer, who has been cast as Ivy Forrester.

The Paris episodes are scheduled to air August 6 through August 14.

Read Soaps.com’s B&B Breakdown Weekly Blog to see if you agree with the thoughts on Katie. Find out who wanted General Hospital’s Ava to get an abortion and more through our Soap Opera Fan Soap Summaries.