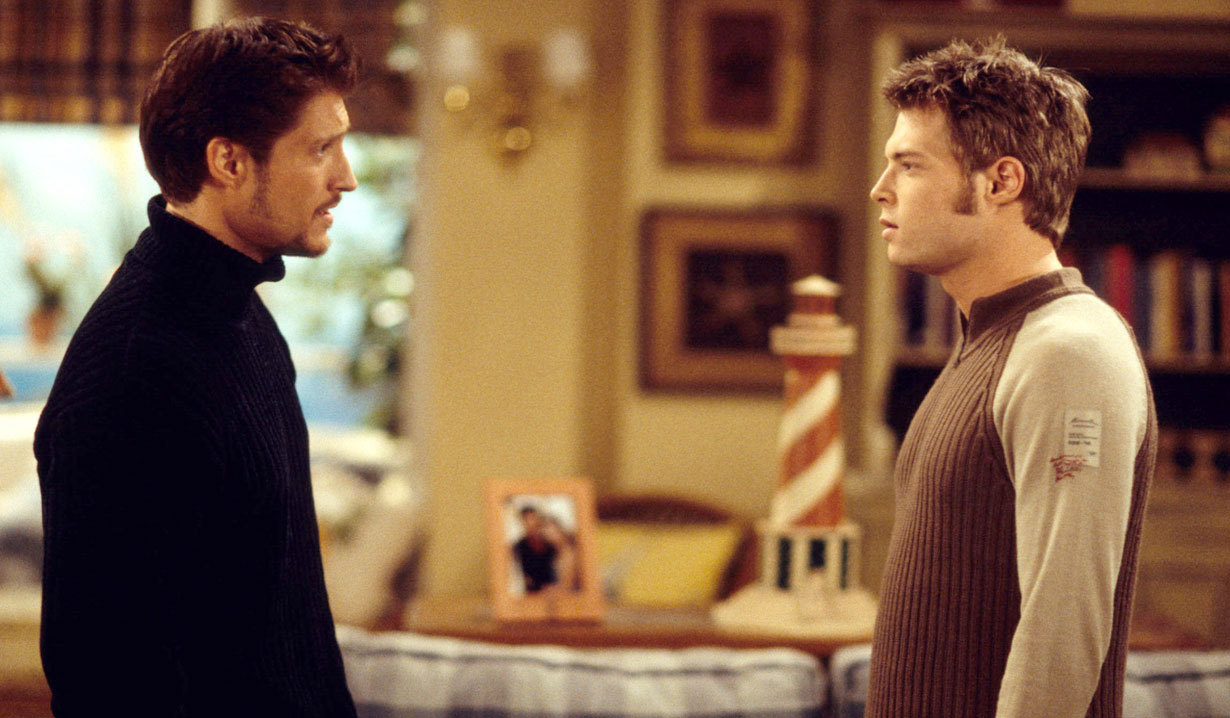 In this week’s “The Bold And The Beautiful” Throwback Thursday Soaps.com takes readers back to 2000 when Rick Forrester located Deacon Sharpe and brought him to Los Angeles for the very first time…

Deacon Sharpe recently returned to LA. Years ago, Rick thought he had things under control by bringing Deacon, Little Eric’s biological father, to town but was quickly proven wrong. Rick desperately wanted to stop Amber Moore from marrying CJ Garrison and feared losing Little Eric – the boy Amber had made him believe was his own. He located Deacon and agreed to pay him $100,000 if he signed over parental rights of Little Eric to him and Amber, as well as appointing Rick full custody.

The Forrester’s attorney, Jonathan Young, stepped in with a plan when Deacon hesitated over Rick’s offer. Though the idea was to force him to turn over custody and rights of Little Eric, Deacon caught on to their plan, which ultimately started a bidding war between the Forresters and Spectras over the child.

Do you remember how Deacon realized they were trying to force him into given up Little Eric? Vote in our “B&B” poll below.

Also, vote in our Genoa City Throwback Thursday poll surrounding Y&R's Daniel and Lily's Elopement and read Soaps.com's Where Are They Now column for details on "All My Children" alum (ex-Josh) Colin Egglesfield in Unforgettable.