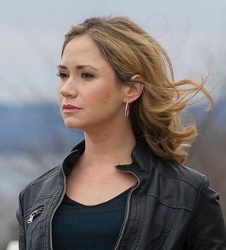 Ashley Jones, who played Bridget Logan Forrester on “The Bold and the Beautiful,” is producing and starring in a new Lifetime movie, “The Secret Sex Life of a Single Mother.” The film, based on the book by author Delaine Moore, tells the story of a woman who begins exploring her own sexuality after her husband cheats. Another former daytime actress appearing in the movie is Cynthia Preston (ex-Faith, “General Hospital”).

The film premieres Saturday May 31 on Lifetime at 9:00 PM EST. Check out a sneak peek below:

Vote in Soaps.com's B&B Poll: On Location. Read about ex-"All My Children's" Colin Egglesfield in Unforgettable and more in our Soap Opera Actors: Where Are They Now?