The Bold And The Beautiful Casts Ashleigh Brewer 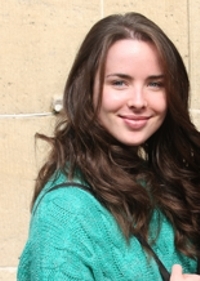 “The Bold and the Beautiful” has cast Australian actress Ashleigh Brewer in the newly-created role of Ivy Forrester. Ivy is Eric’s (John McCook) niece, daughter of his brother, John Forrester, who has been residing in Sydney. Miss Forrester will come to Los Angeles to work on the Hope For The Future jewelry line and become involved with the younger generation of characters on “B&B.”

Brewer, who is best known for her role on “Neighbors,” will participate in the Opening Gala and Golden Nymph Award Ceremonies in Monaco in early June along with her new castmates Darin Brooks (Wyatt), Kim Matula (Hope), Scott Clifton (Liam), Thorsten Kaye (Ridge), and Katherine Kelly Lang (Brooke) to celebrate the show’s ninth consecutive nomination in the telenovela/soap opera category. The show will also shoot a wedding in Monaco on June 9 and 10.