The Bold And The Beautiful Poll: Thorne’s Stance 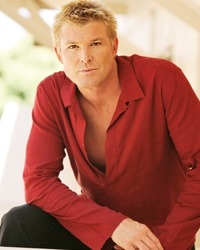 Thorne and Taylor reconnected and Ally was none too happy about their relationship. Ally blames Taylor for her mother’s death and it’s still unclear if she’ll truly be able to forgive her and accept Taylor as a part of Thorne’s life. The question is… Was Thorne right to back away from Taylor just because Ally begged him to or should he have stood his ground, taken a page from Oliver’s book and helped his daughter face her issues with Taylor head-on.

Vote in Soaps.com’s poll to let us know your thoughts and feel free to leave us a comment as well.

Also vote in Soaps.com's Genoa City poll to voice what you'd like to see happen at Y&R's Adam Newman's Memorial and read our Where Are They Now column for an Interview with Ashley L. Cafagna Tesoro, who played "B&B's" Kimberly Fairchild, and learn what she's been up to since leaving Daytime behind.