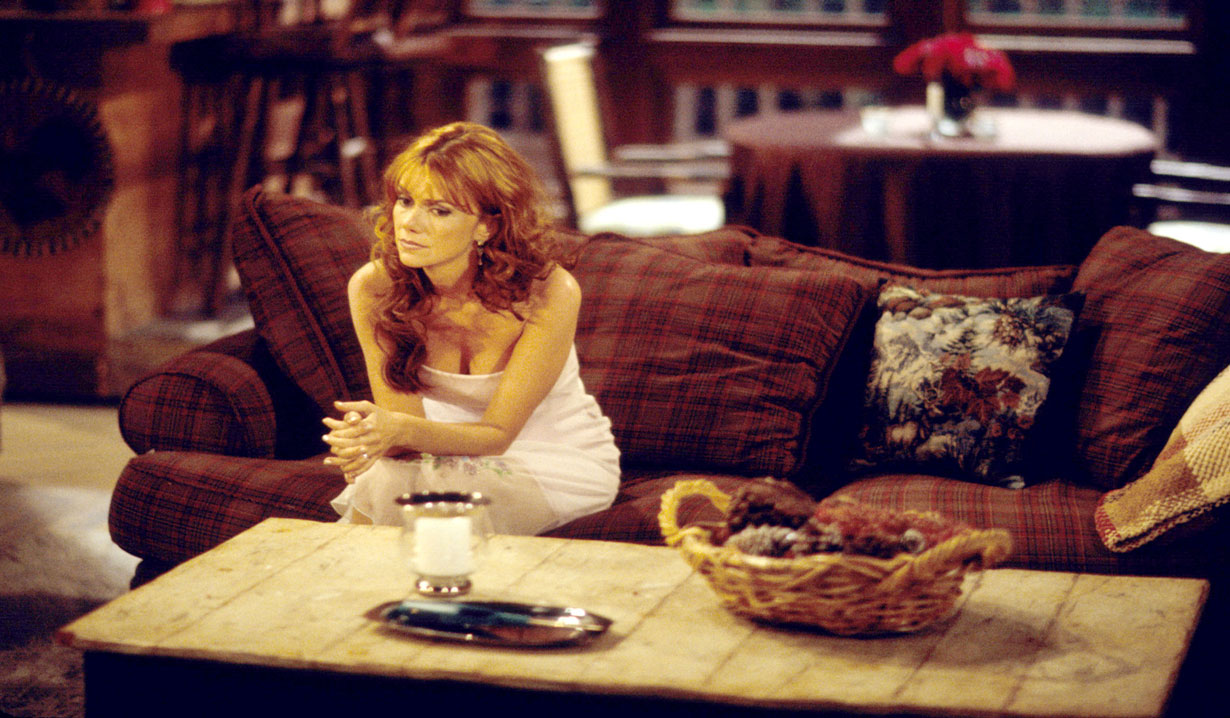 In this week’s “The Bold And The Beautiful” Throwback Thursday Soaps.com takes readers back to the mid 1990s when Macy Alexander developed a drinking problem…

Bill has a habit of turning to a bottle of scotch to ease the pain of his personal and professional life. Years ago, Macy did much of the same. She had been falsely accused of stealing the BeLieF formula from Forrester before she and Thorne reunited again. Things didn’t go smoothly for the couple, and Macy turned to Anthony Armando for attention and to booze. It wasn’t until after Thorne was exonerated in the murder of a model named Ivana, who Anthony killed, when Macy and Thorne gave their relationship another shot. However, Thorne’s quest to help a Forrester employee named Claudia Cortéz stay in the country was the final blow to Macy’s sanity. She ended her relationship with Thorne and more drinking ensued.

Macy thought she’d finally found the love of her life in Grant Chambers. Though they were planning a future to include children Macy was devastated to learn Grant had terminal cancer. She spent Grant’s remaining days at his side until he took his last breath. Again, Macy couldn’t deal with the reality of her life and continued drowning her sorrows in alcohol. Someone stepped up and pulled Macy out of her funk in an attempt to keep her sober. They were successful for a time, but Macy fell off the wagon again when life dealt her another nasty hand at love.

Do you remember who helped sober Macy up? Vote in our “B&B” poll below.

Also, vote in our Genoa City throwback Thursday tribute to The Young And The Restless' Raul and Rianna's break-up and read Soaps.com's Where Are They Now for details surrounding upcoming soap opera stars' weddings.