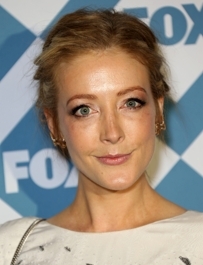 Actress Jennifer Finnigan, who formerly played Bridget Forrester on “The Bold and the Beautiful,” was set to become a citizen of the United States today, according to CBS Soaps In Depth. Finnigan, who hails from Montreal Canada, is married to an American actor, Jonathan Silverman (“Monday Mornings,” “Weekend At Bernie’s”).

Finnigan is currently scheduled to begin work on an upcoming new TV series for FX. “Tyrant,” which co-stars Adam Rayner (“Hunted”), is a drama by the creators of “Homeland.”

Read about “B&B” alum Victor Alfieri’s attack. Find out the latest – Will the 41st Annual Daytime Emmy Awards Be Televised?