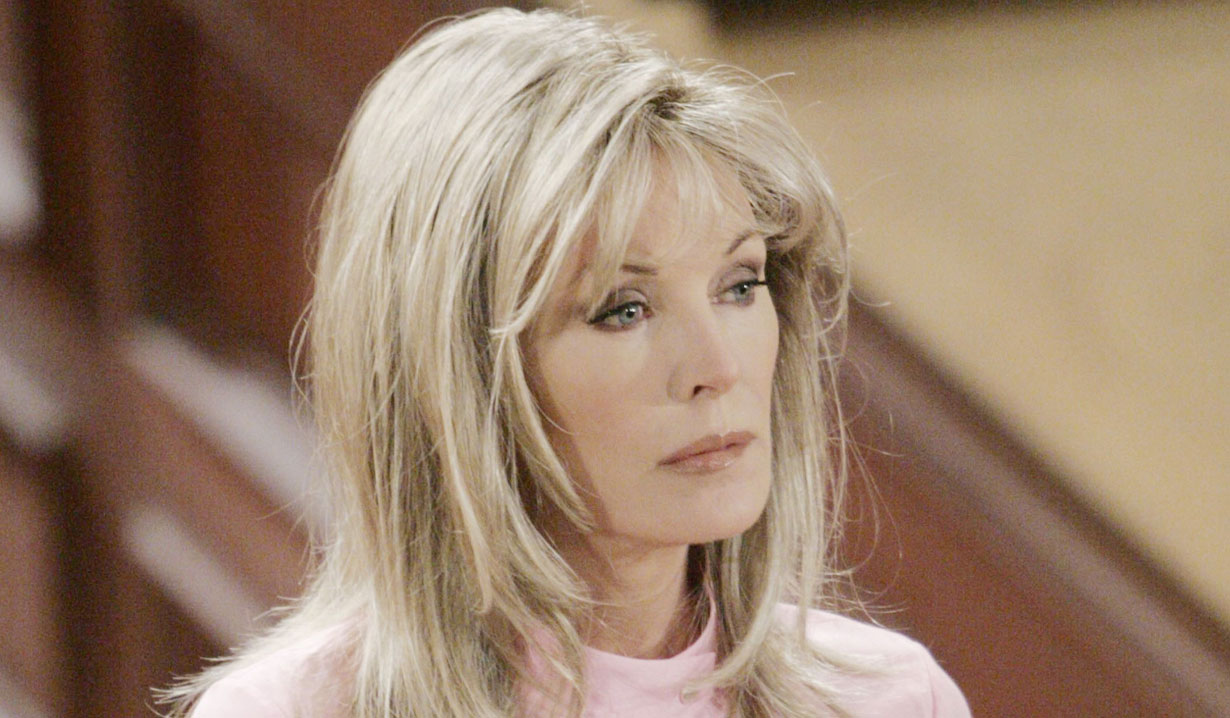 Anything to support her son.

In this week’s “The Bold And The Beautiful” Throwback Thursday Soaps.com takes readers back to the 1960s when Jackie Payne did what she had to in order to support her son Nick…

Quinn is currently taking matters into her own hands and will do anything to keep Liam away from Hope. Many years ago, Jackie did the same in order to keep a secret. Like with most secrets, it’s only a matter of time before the truth comes out, which happened in Jackie’s case. She had settled nicely in Los Angeles and became a quick nemesis to Stephanie Forrester after a romance with Eric. Stephanie won Eric back, only due to Felicia’s dying wish for her parents to reconcile during a cancer scare, and Jackie moved on with Stephen Logan.

Stephanie and Jackie began to argue over a new topic… Whose son belonged with Brooke Logan? During a heated argument, Jackie fell over the second-floor railing at Stephanie’s mansion, and Nick set out for vengeance against the Forresters. Nick’s anger led him to Taylor, who helped reveal something about Jackie’s past during therapy. He confronted his mother, who admitted what she’d done in order to support Nick as a child.

Do you remember what Jackie did in the past? Vote in our “B&B” poll below.

Also, vote in our Genoa City Throwback Thursday Y&R Poll: Paul And Christine's Hit And Run and read Soaps.com's Pretty Little Liars Spoilers to find out what Aria, Emily, Hanna and Spencer will be up to in Tuesday's January 21 episode titled "Close Encounters."