The Bold And The Beautiful To Release Novellas 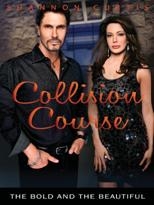 The “B&B” novellas Forbidden Affair and Collision Course will be released in e-book format worldwide on January 28. They will also be released in print format in Australia on that date. Additionally, the next two titles, Second Chances, which is about Rick and Steffy bonding over the loss of Phoebe, and Stormswept, which is about Hope and Oliver reigniting their feelings on a remote island, are slated to be released in April.

“The Bold and the Beautiful,” along with Pan MacMillan Publishing and its digital imprint, Momentum, have struck a deal to release a series of novellas based on the Daytime drama, which is the most popular soap opera in the world according to Guinness World Records. The novellas, which will be published simultaneously in print and digital forms, will feature new love stories with “B&B” characters. The stories will be created through collaboration between known romance authors and headwriter Bradley Bell, who said, “Love stories that have yet to be seen on television can now fully ignite between the covers of these novels. This partnership with Pan Macmillan and Momentum expands the choices our fans have to be entertained by the signature characters of ‘The Bold and the Beautiful’.”

The first two titles will be Forbidden Affair by Amy Andrews and Collision Course by Shannon Curtis. They are slated to be released in February 2014. Two additional titles will follow in April.

Read about ex-“B&B’s” Adrienne Frantz to Justified. Find out when to watch TV Guide Network’s Who Shot The Daytime Soap?