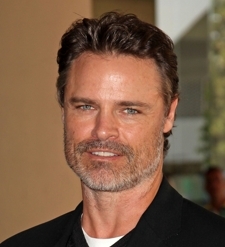 “The Bold and the Beautiful” alum, Dylan Neal, who played Dylan Shaw on the soap opera, has been cast in the film version of “Fifty Shades Of Grey” and begins shooting this week in Vancouver, according to Deadline. Neal will be playing the stepfather of the Anastasia Steele (Dakota Johnson) character; his name is Bob. His character is also the husband of Carla Adams, played by Jennifer Ehle (“Zero Dark Thirty”).

The movie is slated to debut in theaters in February 2015.

Read about B&B stars on The Price Is Right. Visit Soaps.com’s Celebrity News for more Fifty Shades Of Grey casting news and other scoops.