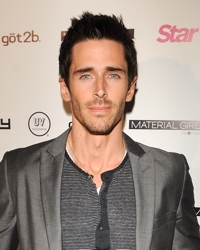 Actor Brandon Beemer, who played Owen Knight on “The Bold and the Beautiful,” has landed a role in an upcoming television movie starring Lacey Chabert (“Summerland,” “Party Of Five”). Beemer is slated to play the role of a bartender who flirts with Chabert’s character in LMN’s “Non-Stop,” a thriller about a woman who has a brief liaison on a plane with a stranger after being left at the altar, which puts everyone on the plane at risk. It airs on Friday November 29 at 8:00 PM EST. Check your local listings so as not to miss!

Vote in Soaps.com’s Throwback Thursday B&B Poll: Erica Lovejoy Returns To LA. Read our Celebrity News to find out why Chris Brown is returning to rehab.