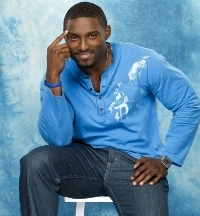 Howard Overby, who was evicted from the current season of CBS’ “Big Brother,” is being welcomed in at “The Bold and the Beautiful.” Overby, who is a youth counselor, will play a DJ at the Bikini Bar in episodes airing October 24 and 25, according to TV Guide. His character will interact with Wyatt (Darin Brooks) and Hope (Kim Matula), as well as other “Big Brother” alums who have previously appeared on “B&B,” Rachel Reilly, Brendon Villegas and Jeff Schroeder, and Malcolm Freberg from “Survivor.”

Vote in Soaps.com’s B&B Poll: Do You Know? to see if you recall who once filled in for Katherine Kelly Lang as Brooke. Find out who portrays Emmerdale’s Paddy.