Also, vote in our Genoa City Throwback Thursday Y&R Poll: Hooked on Diego Guittierez and read Soaps.com's Interview with Darin Brooks where he talked about his "B&B" character Wyatt and what makes him tick.

Making sure her family is taken care of.

In this week’s Throwback Thursday Soaps.com takes readers back to the late 1990s when Taylor Forrester asked Brooke Logan for a favor…

Liam recently asked his soon-to-be mother-in-law for a favor – to help him put a rush on his wedding to Hope. Years ago, Brooke’s nemesis Taylor asked her for a pretty big favor as well. Taylor had given birth to Thomas, which led to Ridge finding out that the baby was in fact his and not his brother Thorne’s. He decided to annul his marriage to Brooke and build a life with Taylor and their new son.

Taylor and Ridge remarried, but their life together continued to be filled with more drama. Brooke wanted Ridge back and tried to work with Dr. Pierce Peterson, who was attracted to Taylor, to make it happen. Her attempts failed and Brooke was forced to watch Ridge and Taylor grow closer while awaiting the arrival of their twin girls, Steffy and Phoebe. Things took a turn between the longtime enemies when Taylor became sick. Believing she was going to die, Taylor requested a private conversation with Brooke where she asked her to take her place in Ridge’s life and to take care of him and Thomas. Brooke agreed. Though Taylor flatlined and had an out-of-body experience she gave birth to the girls and recovered.

Do you remember what was wrong with Taylor? Vote below.

The Bold And The Beautiful Spoiler Video: Bill's Concern 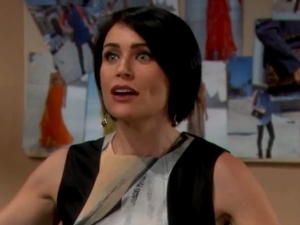