Also vote in our Y&R Poll: Sharon's Determination, regarding her need to interfere in Nick's life, and read Soaps.com's Revenge Spoilers to hear why the ABC series will return with a five-month time jump on Sunday September 29 at 9:00 PM. 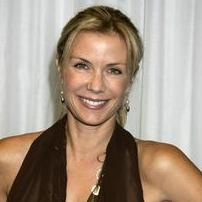 Katherine Kelly Lang has played the role of Brooke Forester since 1987. It is hard to imagine anyone else playing Brooke, but sometimes when an actress has to leave suddenly a temporary recast is the only way to keep a main character onscreen, especially if they are involved in a front-burner storyline.

Though Sandra Ferguson filled in for Lang in 1997, another popular Daytime actress stepped in for a temporary recast while Lang went out on maternity leave. Do you remember who it was?

Vote in Soaps.com’s poll then feel free to leave us your favorite Brooke moments over the years in the comments section below.

The Bold And The Beautiful Spoiler Video: Cut Ties