Be sure to check out our Soap Opera Fan Soap Summaries and then reminisce with Soaps.com about The City! 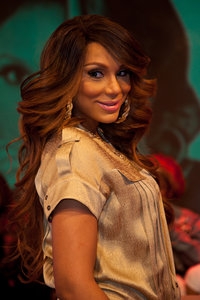 R&B singer Tamar Braxton is a huge fan of “The Bold and the Beautiful.” So much so, she recently revealed that she named her baby after Brooke Logan.

“We tape it every day. We got Logan from her last name because we wanted the initials LV. Logan. It kind of stuck with us – we really like it. Logan is the best newborn ever,” Braxton said in an interview with US Weekly.

The character of Brooke Logan originally made her debut in March of 1987 and has been a central and prevailing figure to the show ever since.

Tamar Braxton’s new album, “Love And War,” will be released in September.

The Bold And The Beautiful Saturday Teaser Poll: Mediation

The Bold And The Beautiful Weekly Spoiler Video: Needed Proof