Butt out of the basement.
There may be a reason the 'dream team' is still in the basement. They simply aren't as motivated as Crazy Caroline. It's a fabulous idea to move Thorne upstairs, however, they're going to need to bring their 'A' game and then some to overcome the resourcefulness of a woman on a mission to get her man back. As for that situation, it's getting boring watching Maya and Caroline go in and out of Rick's office.

Slugging your brother.
So, Wyatt has nice guy qualities, but there's no getting around the fact that he brazenly kissed his half-brother's girl in his own home. If he's capable of that, what other surprises are in store? Anyway, it was good for Liam to have a taste of his own medicine. As for Malibu Barbie, aka, Hope, she just needs to stop all that giggling. It's amazing how, with Steffy gone, Hope and Liam seem like a match made in do-gooder heaven. If Steffy returns, perhaps she should take a look at Wyatt instead - he's got a little more of Bill in him, which is intriguing. Who would you like Wyatt to be paired with? Vote: 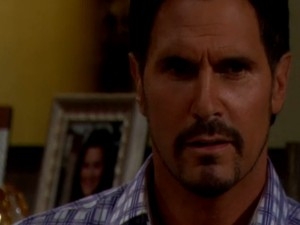 Once again, “B&B” had lots going on and put in another solid week. Thoughts:

Setting them up to fail.
It was a kick how Donna lectured Katie about spying on Brooke and Bill, yet couldn’t resist showing up to watch each session. Ha! Predictably, they did nothing but talk about how great Katie is, and Bill even turned down a wonderful scotch. Not necessarily believable, but necessary for Katie to decide she wanted to reunite with Bill after all. It was all so perfect until Bill found out he was being spied upon. Yike!

Ballistic Bill.
It was thoroughly enjoyable watching Katie and Bill have it out when he confronted her about the spying. She stood her ground too, even though she wound up being walked out on and crying in the end. It’s kind of too bad Bill was able to twist it so he was the wounded party, when Katie really couldn’t be blamed for not trusting Bill…or Brooke for that matter. Sure it was a little devious, but Katie made a good point – it was exactly what he would have done!

Who creates better buzz?
No one creates better, ahem, buzz than Brooke, which is why she’s gone to Monte Carlo to promote her lingerie line and Bill’s hot on her heels. Something tells me Donna, who seemed to enjoy the story about Bill dropping his towel quite a bit, is going to find herself in the way once the stallion and his filly reunite. It’s kind of exciting that Bill’s pursuing her, and yet it’s still so awful. Weird! In any case, the spying will provide Brooke with a convenient excuse to be angry with Katie and bed Bill again. 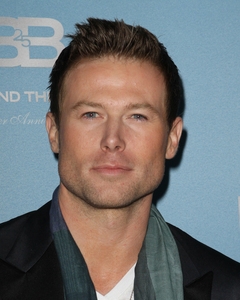 The Bold And The Beautiful Saturday Teaser Poll: Mediation