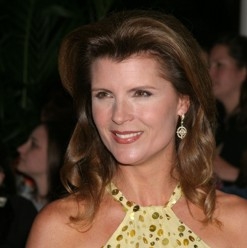 Actress Kimberlin Brown who played the infamous role of Sheila Carter on both “B&B” and “Y&R” over the years, is now starring as Carla Bianchi in the independent film, “5 Hour Friends.” Tom Sizemore (“Saving Private Ryan,” “Black Hawk Down”) co-stars in the film, which tells the story of a womanizer who gets a taste of his own medicine and discovers what he really wants is love. Ron Jackson is one of the producers of the movie, which is seeking funding to help increase distribution. See more on the film, or contribute, by visiting 5 Hour Friends.

Read about B&B’s Room 8 coming to the web, and get up to speed on Soaps.com’s July Comings And Goings.