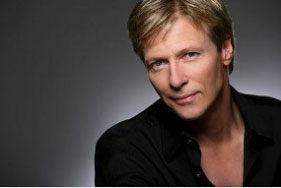 He’s a soap star by profession, but as most of you know, on his off time from B&B, Jack Wagner (Nick) is an avid golfer. On February 2, Wagner further indulged in his passion at The Callaway Golf Foundation Challenge in Pacific Palisades, CA.

The pro-celebrity charity event benefited The Entertainment Industry Foundation Research Programs, which supports the discovery of new prevention tests and improved, non-toxic therapies for ovarian, breast, colon and prostate cancers. Professional golfers were paired with well-known actors, business leaders and entertainment executives for a round of golf and the celebrity golfers were also invited to attend The Johnny Miller Skills Clinic so they could work on their swing.

Soaps.com applauds Jack’s ability to combine his passion with good deeds and supports his charitable efforts.

The Bold and the Beautiful's Patrick...