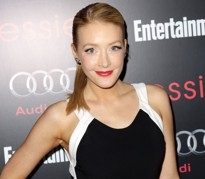 Jennifer Finnigan (ex-Bridget, “The Bold and the Beautiful”) is set to star in the new Lifetime movie “Baby Sellers” alongside Kirstie Alley (“Veronica’s Closet,” “Cheers”). The film, which premieres Saturday August 17, was inspired by true events and surrounds the ‘brutal and horrific realities behind the global illicit trade of selling children, many kidnapped from their homes, under the guise of seemingly regulated adoption’. Finnigan plays Nicole Morrison, a tough Immigration and Customs Enforcement agent who works undercover to bring down Alley’s character, Carla Huxley, an influential owner of a huge US-based adoption agency. Check your local listings for times.

Read about “B&B’s” Andres Zuno to recurring status. Find out who reaches out to Coronation Street’s Hayley.