Also, vote in our Genoa City Throwback Thursday Y&R Poll: Lily's Paternity and read our After The Soap Finales: Where Are They Now to hear about ex-"GL's" Rebecca Staab on Dexter.

A face from the past.

Caroline and Bill are thrown off by Karen’s visit this week, and a few years ago Donna was stunned to see Justin appear in town, a man she hadn’t seen since high school. Justin and Donna dated in high school at San Fernando Valley High. He had been stumped when Donna broke up with him out of the blue and left California for Europe.

Justin had been pleasantly surprised when he and Donna crossed paths many years later in Los Angeles and wondered what she’d been up to in life. Never in his wildest dreams had Justin been prepared to find out he and Donna had a son, Marcus, who she’d given up for adoption. Though Marcus had just been legally adopted by Donna’s current husband, Eric, the men bonded and grew close.

Do you remember why Justin moved to Los Angeles? Vote below. 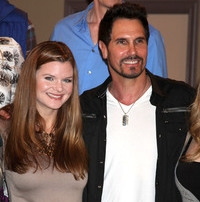 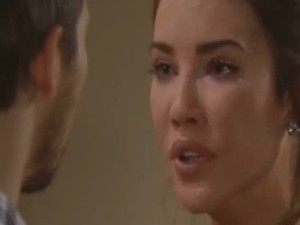