Also, vote in our Genoa City Throwback Thursday Y&R Poll: Traci's Miscarriage and read our After The Soap Finales: Where Are They Now to hear what's been keeping actors from "As The World Turns," "Guiding Light" and "Passions" busy these days.

Lending a hand to someone in need.

In this week’s Throwback Thursday Soaps.com takes readers back to the early 1990s when a homeless man named Adam Banks helped a Los Angeles lady in need…

A good-looking stranger is about to catch Hope’s eye very soon, but years ago it was the other way around for two people. Two homeless people, Adam, a former English professor, and his friend Ruthanne, came across a woman who had lost her memory. The woman had no idea who she was or where she lived. Though Adam and the woman, who he began to call Liz, became romantically involved, he found out who she really was, put her in a cab and sent her home.

Adam wasn’t able to say goodbye to the woman for good and visited her in the hospital. The two continued a friendship until Adam decided to put all of his time and effort into helping those on the streets. In the end, Adam realized that he and ‘Liz’ came from two different worlds and soon their friendship dwindled.

Do you remember which Los Angeles woman Adam helped? Vote below.

The Bold And The Beautiful Spoiler Video: Brooke's View 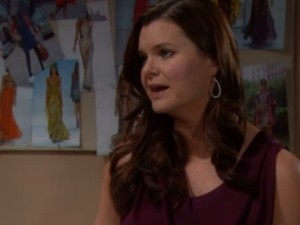