Bryan Genesse Returns to The Bold and the Beautiful! 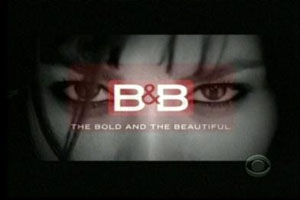 A familiar face is returning to the B&B fold, as Bryan Genesse will reprise the role of Rocco Carner, whom he played from 1987 – 1989.

Last time we saw Rocco, he was involved in a love triangle with Katie and Donna and even bought a ring to propose to Donna. It is reported that since he’s been away, Rocco has stayed connected to the Forrester family and where he’s been and why he returns will be a surprise.

As for the actor, Bryan has starred in the feature films, “The Alternate”, “Bad Guys” (which he also directed), “Fire”, HBO’s “A Body to Die For” (also starring Ben Affleck) and “Skin Deep” (also starring John Ritter). He also appeared in the TV series “Street Justice” and “Cold Squad”.

Soaps.com welcomes Bryan and Rocco back and looks forward to seeing what drama he will bring with him.

More of The Bold and the Beautiful...

The Bold and the Beautiful Weekly...