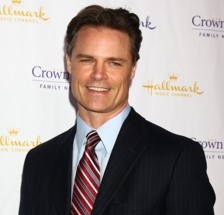 Actor Dylan Neal (“Dawson’s Creek”), who once played Dylan Shaw on “The Bold and the Beautiful,” will be starring alongside Andie McDowell (“Footloose,” “Groundhog Day”), Bruce Boxleitner (“TRON,” “Scarecrow & Mrs. King”), and Barbara Niven (ex-Brenda Dickerson, “B&B,” ex-Liz Coleman, “OLTL”) in Hallmark Channel’s first Primetime series, “Cedar Cove.” The series is based on bestselling author Debbie Macomber’s book series of the same title and chronicles the romantic and behind-the-scenes courtroom drama in the fictional town. The series kicks off with a two-hour premiere Saturday July 20 at 8:00 PM EST. Check your local listings.

The Bold And The Beautiful Saturday Teaser Poll: Protection

The Bold And The Beautiful Spoiler Video: Steffy's Refusal