Also vote in our Y&R Poll: A Lily and Tyler Affair to share if you'd like to see these characters go down that road and pick who you think should win an Emmy in Soaps.com's Seventh Annual Sudzies before voting closes tomorrow at midnight. 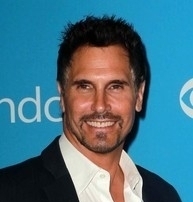 Can he step up to the task?

Rick continues to want Maya in his life, but Bill has been making things nearly impossible for the two to have a relationship. Once Rick finds out about Bill’s interference he’ll surely want revenge, but does the Forrester have what it takes to bring the Spencer down?

Vote from the choices below then feel free to leave us a comment in the section provided on the best way Rick would have a shot at getting to Bill.

The Bold And The Beautiful Saturday Teaser Poll: Advice