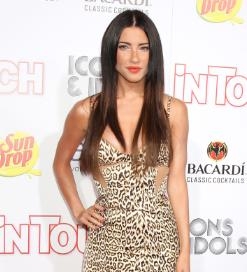 Jacqueline MacInnes Wood, who is recurring, returns to “The Bold And The Beautiful” as Steffy for several episodes beginning December 12, according to Soap Opera Digest.

Jacqueline MacInnes Wood will return as Steffy on July 11 and 12, according to Soaps In Depth.

According to Soap Opera Digest, Wood spoke out to say that Steffy will be around on a recurring basis as she takes a break to travel, DJ, and have time to herself.

In light of recent conflicting reports in the soap press with regard to Jacqueline MacInnes Wood’s (Steffy Forrester) status with “The Bold and the Beautiful,” Soaps.com contacted the show to confirm that the actress was continuing in her role. A “B&B” representative told us, “Jacqueline MacInnes Wood is taking a short break, as she has done in the past, from ‘B&B’. She remains as the character of Steffy Forrester and is continuing to tape, currently with episodes airing through July of 2013 and then beyond.”