Also, vote in our Genoa City Throwback Thursday Y&R Poll: Confessing About Jack and read our One Life To Live Spoilers to find out why Natalie confronts Clint and Viki next week.

In this week’s Throwback Thursday Soaps.com takes readers back to 1991 when Eric Forrester married Brooke Logan for the first time…

Brooke and Eric have quite the history, which is why she currently wants him to do a huge favor for her in order to keep her secret. However, many years ago Brooke almost terminated her and Eric’s child. Brooke had first fallen for Eric’s son Ridge and was devastated when he planned to marry Caroline. Though Eric made arrangements to divorce Stephanie and briefly became involved with Brooke’s mother Beth, Brooke became the object of Eric’s affection.

The couple began dating and soon after Brooke ended up pregnant with Eric’s child. In a panic Brooke flew to Paris to abort the child, but Eric followed her and proposed. Upon their return to Los Angeles Brooke fought her feelings for Ridge, who’d lost Caroline to Leukemia. Stephanie had also been an obstacle on their road to wedding bliss. Despite all, Eric and Brooke married and named their son Eric Forrester Jr.

Do you remember why Brooke took off to Paris to have an abortion? Vote below.

The Bold And The Beautiful Spoiler Video: Hope's Question

The Bold And The Beautiful Poll: Heartless Hope? 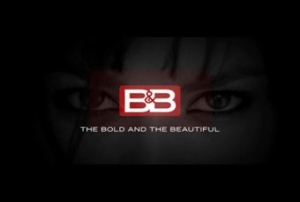