B&B Poll: A Man For Donna

Also vote in our Y&R Poll: Being Mrs. Nick Newman to share how long you think Nick and Avery would have lasted had they gotten married and read Soaps.com's April Soap Opera Interviews to hear from a "DOOL" actress who just celebrated 30 years with the show. 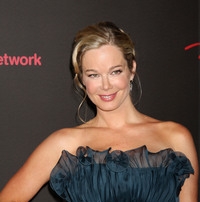 It’s been a while since Donna has had a man in her life. Eric may have been her first choice, but now that he’s preoccupied with Taylor and Brooke would you like to see someone return to occupy Donna? Or should the show bring in someone new to sweep her off of her feet?

Vote from the choices below then feel free to leave us a comment with your suggestions as to what Donna should do with her love life.

The Bold And The Beautiful Spoiler Video: My Mind