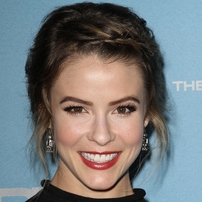 Caroline’s personality has changed since she first arrived in Los Angeles and her need to have Rick to herself is only making her appear desperate. Whether it’s something from her past or in regard to something Caroline has done recently new information is about to resurface.

Also vote in our Y&R Poll: Double-Crossing Victor to share if you'd like to see Adam get another one up on his father and vote which female soap character has the best business sense in our Weekly Soap Debate: Most Powerful Businesswoman.