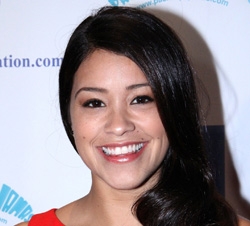 According to the The Hollywood Reporter, after negotiations with Tim McGraw fell through and access to the necessary filming locations were unavailable during the March-May pilot window, filming of “The Wild Blue” was moved forward into June and will be shot off-cycle.

Actress Gina Rodriguez, who played Beverly on “The Bold and the Beautiful,” is set to star in a new Naval drama on FOX, according to The Hollywood Reporter. Rodriguez will play Pilar ‘Maytag’ Robles, an overachiever and Naval open aviator, in “The Wild Blue,” which takes a look at the intense life in the Navy.

Read about Ricky Paull Goldin joining B&B. Find out who EastEnders’ Tanya finds in her bedroom.

The Bold And The Beautiful Spoiler Video: Be Happy

The Bold And The Beautiful Saturday Teaser Poll: Call