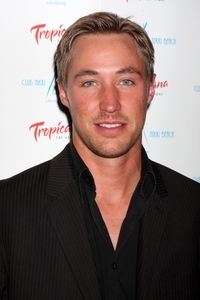 In “The Bold And The Beautiful” history, 2008, Taylor Forrester found comfort in Rick Forrester’s arms…

Rick may not think too highly of Taylor these days but a few years ago he was ready to marry her. Taylor had been having a hard time dealing with the fact that Brooke Logan was her and Nick Marone’s son Jack’s biological mother. Bridget had mixed-up the donor eggs at the hospital, which led to this revelation. Taylor couldn’t bond with Jack and hit the bottle. Even therapy couldn’t help, and Nick’s admission that he still loved Brooke ended his marriage to Taylor.

Taylor turned to Rick Forrester (then played by Kyle Lowder) after Nick filed for custody of Jack. The two became very close. Brooke was livid that Taylor was involved with her son and threatened to destroy Taylor’s custody case if she didn’t end things with Rick. She didn’t allow Brooke to ruin her chances, and with Rick by her side Taylor and Nick were granted joint custody. However, when Taylor found it hard to comfort Jack she went to Brooke and asked her to raise the baby with Nick.

Rick and Taylor continued their relationship, which led to a proposal. Taylor voiced her concerns about being with Rick, due to his past relationship with her daughter Phoebe. When Phoebe caught Taylor and Rick in bed together, Taylor ended things with him for good.

Read our Flashback in Y&R History: JT, Victoria and Reed, and watch Hulu’s Save The Date Trailer for AMC and OLTL.

The Bold And The Beautiful Spoiler Video: Maya Shares 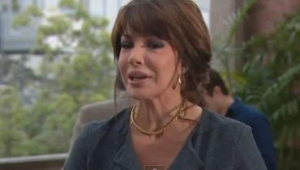