Brooke's bedroom.
Bill probably wasn't far off when he told Brooke she'll soon be back on top again. Ahem. There's really no way Brooke can plead innocence after modeling her lingerie for Bill right under Katie's nose - she had to know what she was doing. The continuing closeness and innuendo surrounding this pair, along with Katie's sudden disinterest in sex with Bill, tells me this affair won't be too long in coming to fruition. Again, the sudden shift in character personality - just a couple of weeks ago Katie was appearing in their bedroom in lingerie and Bill was thinking of Brooke. Now she's not interested? On another note, why is Bill acting like he's running Forrester just because he has shares? What did you think of Brooke showing her lingerie to Bill? Let Soaps.com know by voting in our B&B Brooke’s Bedroom poll.

She has to be stopped.
The renewed animosity between Taylor and Brooke has been pretty entertaining. I don't even mind Eric and Taylor so much because it's really stirring the pot. From that portrait of Stephanie watching over everything, to Pam going psycho, it's provided quite a few grins and giggles. I felt bad for Donna on Friday though - however unexpected, I became a fan of her and Eric together in the past.

Promise me.
Oh to have an ego the size of Hope's, where after the guy chooses the other woman, you still presume to have the power to tell him what to do. Who says he wasn't going to propose to Steffy anyway? Certainly not Liam, who can't seem to get a word out of his ever lovin' wishy-washy mouth. And so the controversy continues because we really don't ever know where Liam truly stands on anything ever. Good luck to Steffy with her baby daddy.

Find out who Santana thinks is a drug dealer in our Glee recap: Girls (And Boys) On Film. 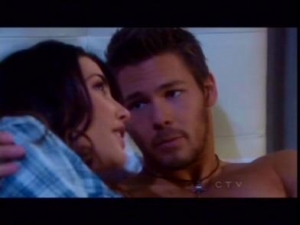 It was a strong week on “B&B” with focus on several storylines. Here are some thoughts on the week:

Legal brain.
Okay, Marcus’ brother may look good and have a great legal mind, but he’s terminally boring so far! I can’t imagine what they’re going to find for this guy to do storyline-wise – they hardly even use Marcus and he’s a Forrester! I just don’t see the point unless he’s going to end up in a triangle with Rick and Maya or something. Speaking of which…

Look what the wind blew in.
Rick and Maya are definitely sparking, and she brings out a different side of Rick, but at the same time, it’s utterly confusing. Rick’s been an absolute ass these past months and suddenly he’s become Mr. Nice Guy. Also, presumably to facilitate this storyline, Caroline has inexplicably become a spoiled, selfish, pouty diva. As a viewer, I wish they could have found a way to tell the story of Rick falling for Maya without the abrupt change in personalities. As for Rick lying to Maya about who he really is – this will obviously backfire; she’s going to be awfully pissed after trying to pay him $10 only to find out he runs a huge company. You’d think Rick had been around enough to know this. 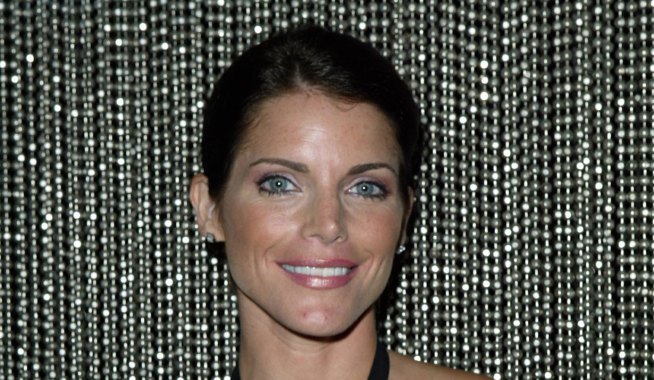 The Bold And The Beautiful Saturday Teaser Poll: Betrayed