The Return of Pam
That was a great scene. Pam looked so menacing and it was even more fitting that Donna was all sexed up (because she was waiting for Eric) when she opened the door to her nemesis. I can’t wait to see what happens next week. Will Pam be rehabilitated or will she continue to torment the thorn in her side? Oh, please let it be the latter!

Merry Christmas – We’re over
How callous was Eric with Stephanie? He told her about Donna so matter of factly that it didn’t seem like he even cared if he hurt her feelings. I know Stephanie has done some questionable things, but when she reminded Eric how he promised they would be together and then asked him if he was leaving her to go back to Donna, it kind of broke my heart a little.

The New Nick?
Rick certainly is following in Nick’s footsteps by going after every member of the same family. But instead of going after the Logans (which would be gross since they are his family), he’s going after the Forresters, which is kind of gross, since they used to think they were family, but since there aren’t many options for him, I’ll let it slide. Anyway, Rick was involved with Phoebe, then her mother Taylor and now he’s kissing her twin, Steffy. Nick would be so proud!

Even though it’s a lot of bed hopping (so to speak) within the same family, I think I’m on board to see where Rick and Steffy go. Steffy doesn’t really have any chemistry with Marcus, but that scene where she and Rick kissed was pretty hot. I liked them together and hope something comes from this.

To read what Steffy’s portrayer, Jacqueline MacInnes Wood had to say about her character’s future, check out our article on our sister site, Soap Opera Fan Blog.

Random Thoughts
I was happy to see Marcus and Donna celebrating Christmas together, but where were Beth and Stephen?

Did they really need Phoebe’s fingernails to be scraped? Weren’t the scratches on Rick’s face after the accident enough proof that Phoebe attacked him?

I wonder how Ashley Jones (Bridget) felt about wearing candy canes on her head during the Christmas scenes.

Did Rick and Ridge coordinate their outfits before heading over to the family get together? If you didn’t look closely, it appeared as if they were wearing the same shirt.

So those are my thoughts. How about you? Let me know what you thought about Christmas B&B style by commenting below, because I love to hear what you have to say! 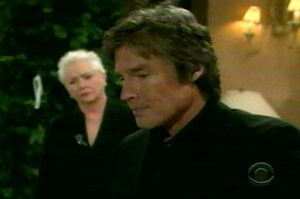 B&B Breakdown for week of December 22.

I hope everyone had a wonderful Christmas and enjoyed some time off with friends and family. The Forresters somehow found a way to enjoy the day and get through their grief over losing Phoebe, so lets get straight to the action on B&B…

A Christmas Without Phoebe
I thought the holiday scenes were well done and managed to spread some holiday cheer even though Phoebe’s death was looming over everyone. They managed to capture the holiday spirit and continue traditions (i.e. Eric playing the piano) while still paying attention to the story. Ridge was appropriately subdued; Stephanie put her differences with Brooke aside and welcomed her to the holiday festivities; Eric stood by Rick; Taylor continued to deal with her grief; Bridget cleared Rick of any wrongdoing; and Hope made a star for the tree in Phoebe’s honor.

Rick confronting Ridge at the party was nicely done. He was quiet, apologetic and sincere. It had even more impact as a noticeably angered Ridge remained silent while Rick thanked him for not pressing charges against him. And the scene between Rick and Taylor at Phoebe’s gravesite was equally as effective. Again, subtle and quiet is more powerful and Kyle Lowder does that better than loud and obvious in my opinion.

Third Time’s the Charm?
Since they’ve been off screen so much, we haven’t had a chance to watch Katie and Nick’s relationship grow. They went from finding out she’s pregnant to moving in together to getting engaged. We’ve seen them have sex, but that’s about it, so it’s hard to get excited about their engagement, especially since he mentioned his past failed marriages, which were to her sister and niece. And are Nick and Bridget even divorced yet? In my opinion, Katie and Nick’s scenes were just an unnecessary interruption from the real drama going on over at the Forrester mansion. 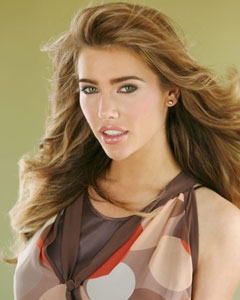 Looking Back at The Bold and the Beautiful 2008! 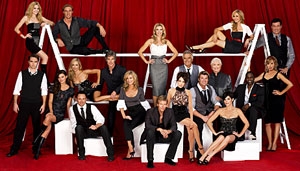