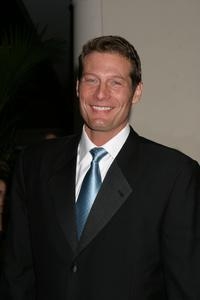 In “The Bold And The Beautiful” history, the late 1990s, Taylor and Ridge Forrester’s marriage was strong, despite Dr. Pierce Peterson’s presence…

These days Taylor is planning a future with Eric Forrester, who was her father-in-law a few times over the years. During one of those times when she was married to Ridge, another man was craving for her affection. Ridge had just left Brooke in order to reunite as a family with Taylor and Thomas when Taylor started working with Dr. Pierce Peterson.

Taylor was intrigued by his work as a hypnotherapist and agreed to be hypnotized by Pierce. Bailey, his assistant, knew how much her boss wanted to be with Taylor and tried to sway Taylor away from Ridge and into Pierce’s arms by giving her hypnotic suggestions. She wasn’t the only one who hoped to make Pierce’s dream come true. Brooke also wanted them to be together, so she could get Ridge back.

None of the ploys worked. Ridge and Taylor remained happily married and soon found out they were expecting twins. Steffy and Phoebe Forrester were born after Taylor won a fight against tuberculosis, a bacterial infection that she contracted from a homeless man. However, there was one thing of Pierce’s that remained in Los Angeles – the mansion at 3197 Holden Drive in Beverly Hills that Taylor and Ridge purchased from Pierce.

The Bold And The Beautiful Spoiler Video: Scandal

The Bold And The Beautiful Spoiler Video: My Wife