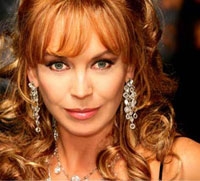 In what may come as a shock to many of her fans, Lesley-Anne Down (Jackie, B&B) recently revealed that she has been battling breast cancer. After receiving the news in January of this year, Lesley-Anne took action and is doing just fine.

In an interview with Hello! Magazine, Lesley-Anne explained that even though her doctors suggested radiation and medication as a course of treatment, the actress decided the best course of action for her was to have a double mastectomy. Considering she has had three biopsies and numerous suspicious findings during her frequent checkups over the past couple of decades, Lesley-Anne made the radical decision so she could get out from under the cloud of worry she’d been living under.

The procedure was done on March 12 and Lesley-Anne made a quick recovery. As she tells her fans on her website, “I am sooo good and well. The news like all news is interesting and sometimes shocking, I really wanted neither, my reason for being so public with this is, that I may help others with courage and friendship.”

Soaps.com sends out our best wishes to Lesley-Anne and admires her bravery and desire to help others in the same situation.

For more information on her interview about her ordeal, visit Lesley-Anne’s website. 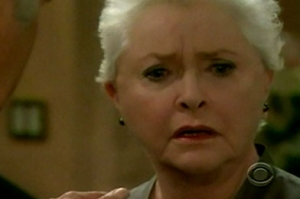 The Bold and the Beautiful's Heather Tom Throws a Christmas Party! 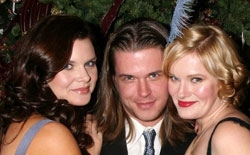