Also vote in our Genoa City Throwback Thursday Y&R Poll: Adam's Actions. Which workplace within your favorite soap would you like to work at? Vote in Soaps.com's Weekly Soap Debate: Best Workplaces.

Leading the way to his biological mother.

In this week’s Throwback Thursday Soaps.com takes readers back to 2008 when Marcus first arrived in town…

Marcus’ adoptive brother has appeared in Los Angeles, and it wasn’t long ago when Marcus himself arrived to reveal that he was Donna’s son. Eric and Donna has just gotten married when she found out that Marcus was her son. She was overwhelmed with joy by reunion but feared Eric would be upset with her past.

Marcus went along with Donna’s plan to have Eric get to know him before announcing that he was her son. Marcus accepted a job at Forrester, caught Eric’s interest and even grew close to Steffy, who agreed to keep his secret as well. The family didn’t like Donna and exposed her secret, hoping Eric would leave her for good. However, everyone was stunned when Eric welcomed Marcus with open arms into their family. 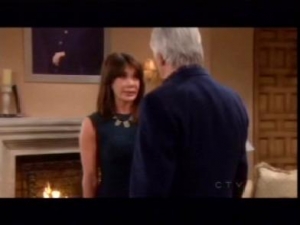