Find out who was revealed to be part of the 'A' team through Soaps.com's Pretty Little Liars Recaps.

Seeing another side of life.

Dayzee was recently approached by Maya, a girl from her past, and a few years back Stephanie found Dayzee’s experiences very helpful during her fight with lung cancer. Instead of receiving treatment for her Stage IV lung cancer Stephanie was busy marking off everything she wanted to do before she died. During one such bucket list outing with Brooke Stephanie lost her scarf while riding a rollercoaster on the Santa Monica Pier. Seeing how the scarf was given to her by her mother, Ann, Stephanie raced to get it back.

Stephanie found Dayzee with the scarf, but the girl refused to give it back. Stephanie didn’t give up and followed Dayzee to Skid Row, where she located the scarf and was stunned to see a baby (Maya’s baby) beneath it. Though the women threw accusations back and forth over their identities they became good friends. Dayzee was the first one who was able to make Stephanie take a good look at her life and get her to agree to seek treatment for her cancer.

Do you remember what Dayzee threatened Stephanie with when refusing to return the scarf? Vote in our poll then feel free to leave any comments on this storyline below…

The Bold And The Beautiful Spoiler Video: Katie's Regret 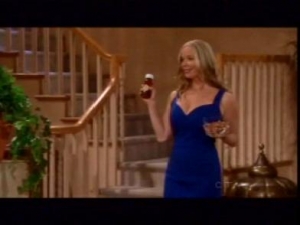