If you haven't already vote in our Y&R Poll: If You Were Phyllis?

Would you like to see a character from another soap crossover to "B&B?" Vote in our Weekly Soap Debate: Crossovers and read our Pretty Little Liars Recap if you missed last night's episode and who received a surprise on their anniversary. 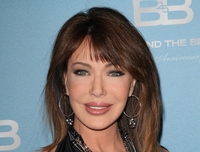 This week Brooke finally realizes why Taylor resents her and the Logans so much. Throughout the years both women have done plenty to each other to be filled with a lifetime full of resentment. However, who has the most reasons to resent who?

Please vote below then feel free to leave us a comment to elaborate on your answer.

The Bold And The Beautiful Spoiler Video: Free Advice