Many have succeeded, others have failed.

In this week’s Throwback Thursday Soaps.com takes readers back to 1958 – the day Eric and Stephanie Forrester started Forrester Creations…

Over the years Eric and Stephanie had developed a company based on class and elegance, which competed with numerous fashion houses throughout the world. Where there’s success there’s almost always a point where one fails, and that happened plenty of times from then to now – the most current occurrence being Eric appointing who would run the company as acting president in 2013.

Though the company has switched hands over the years, one of the most memorable storylines was when Brooke Logan, then a chemist, became CEO after gaining 51% of the stock when Forrester wouldn’t buy her BeLieF product. She relinquished her rights to the product in exchange for the stocks. It wasn’t long before Eric was back in the driver’s seat – until Stephanie realized her trust fund named her sole owner of the company since its inception, based on the fact that her father, John Douglas, had loaned her and Eric the money to start the company.

The Bold And The Beautiful Spoiler Video: Who I Am 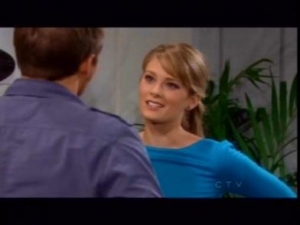