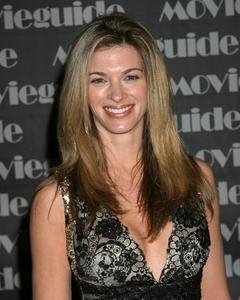 In “The Bold And The Beautiful” history, the early 2000s, Kristen Forrester met and fell in love with Antonio Dominguez…

It was nice to see Kristen and Antonio return over the holidays and at one point years ago viewers watched as their love developed and overcame some pretty big obstacles. Kristen hadn’t had much luck in the love department, so Eric Forrester had asked her to recruit Antonio Dominguez, hoping an attraction would be present between the fashion designer and his daughter. It wasn’t long before sparks started to fly.

What turned out to be the romance of a lifetime would soon test the couples’ love. Antonio found out a former friend of his had died of AIDS and soon learned he was HIV positive himself. Antonio kept the truth from Kristen and turned to Taylor Forrester for support. Kristen found out that Taylor had been counseling Antonio, who was happy she’d tested negative to HIV.

Antonio tried to push Kristen away, as their desire to fulfill each other’s needs grew, but she wouldn’t allow it and proposed. Antonio accepted. The Forrester family had a hard time dealing with Antonio’s HIV, but in the end, the man who pushed them together, Eric, gave them his blessing and stood up as Antonio’s best man at the wedding. The couple later ended up bringing a child in their fold, a young orphan named Zende, who they came across in Africa amongst the AIDS epidemic.

Feel free to leave your favorite “B&B” memories in the comments section, and if you haven’t already view our Flashback in Y&R History: Noah’s Rebellion.

The Bold And The Beautiful Spoiler Video: All Of It

The Bold And The Beautiful Spoiler Video: Wasting Time