Phoebe’s Homecoming
Phoebe’s return was interesting. She clearly hadn’t dealt with the rejection and betrayal she felt by her mother and ‘first love’ hooking up. I had to laugh when Taylor remarked that she didn’t think she hurt Phoebe as much as she did when she got together with Rick. Really? You start sleeping with your daughter’s first real love and you don’t think that will affect her? Way to be insightful Doc!

While I understood her anger, I didn’t understand why Phoebe wanted Rick to pull over or why she grabbed the wheel. I can understand that she had probably bottled up her anger about Rick and Taylor getting together and was finally letting it all go, especially since she just learned he hit on her sister as well. It’s understandable that she would be upset, disappointed, disillusioned, or whatever about the man she loved so much, but she really went off the deep end!

Glimpses of the good guy Rick used to be resurfaced as he frantically searched for Phoebe and went for help after Phoebe inadvertently ran them off the road. I wonder if he will revert to the person he once was, or if the accident will only push him further to the dark side.

While the scene was sad, I wasn’t that affected by Ridge cradling Phoebe in his arms. I think I may be in the minority, but they just didn’t have the emotional heft to pull at my heartstrings and Phoebe singing her song fell flat for me. I truly enjoyed the lead up to it and I can’t wait to see the aftermath, but this scene didn’t do it for me.

I must point out that I also liked that Steffy felt something was wrong after Phoebe’s accident. They do say twins feel each other’s pain, so I thought that was a good touch.

Eric’s Choice
The week wasn’t all about the party or Phoebe, we also had Eric deeming which woman was worthy of his love. The way they kept saying ‘Eric chose’ Stephanie was really irritating to me and belittled Stephanie. I know that’s actually what happened, because Stephanie and Donna just sat around waiting for him to make up his mind, but it weakens Stephanie in a way. She’s been reduced to Eric’s rebound woman and to me, Stephanie is more of a force to be reckoned with than that. That being said, her reconciliation scenes with Eric were sweet and touching, but it was brief, because then I remembered that he really wanted to be with Donna.

Again, this was a great week, filled with fantastic character interaction and drama. I can’t wait to see how the accident affects everyone on the canvas. How about you? Share your thoughts on all the action because I love to hear from you guys too! 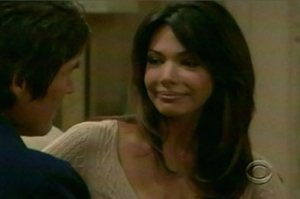 B&B Breakdown for the Week of December 1.

This week was so good! Even though I knew what was going to happen, I thought the events leading up to the big car crash were great and really got the audience emotionally invested. So let’s get to it and break it down…

Old Friends and Good Conversation
The episodes this week were fantastic. They were quick and simple and just had characters really talking to each other, coming to agreements and mending fences. There wasn’t a lot of yelling (except for Phoebe) and they were what we should see more of on soaps: compelling dialogue that reflects character history and development.

We had both Ridge and Brooke separately appealing to Rick, Brooke and Stephanie coming to terms with each other, Ridge and Taylor coming to terms with their past and Taylor grieving the loss of her great love. Speaking of Taylor, I really felt bad for her when she and Ridge talked about his upcoming wedding. Haven’t we all felt the pain of knowing the person you love has truly moved on with someone else? I thought Hunter Tylo did an excellent job, especially when she had to put on a brave face for her daughters. Kudos!

It was a nice change of pace to see the characters acting like adults this week (even Rick, sort of) and have mature conversations with the people they have issues with in their lives (maybe except for Phoebe). It was refreshing to see most of them take the high road and have intelligent, meaningful discussions instead of just yelling, accusing and blaming each other for all the wrongs in their lives.

The Party
I love Brooke and Ridge together, but they are so inappropriate. She actually told a room full of people she would spend the rest of her life pleasing Ridge. Eww! As much as I like them as a couple, it’s really hard to take Brooke’s declaration that all she’s ever wanted was to be Ridge’s wife. I wonder how her three ex-husbands in the room felt about that.

It wasn’t really much of a red carpet party. I would have thought they would have held it at some fancy hotel in Beverly Hills or restaurant or something, but it was just at Eric’s house where they hold every other function. Just who was there that was so special it warranted a red carpet?

Then we had the dancing scenes. They were a bit silly, weren’t they? Everyone looked uncomfortable doing them. I wonder what kind of music they play, or if they even play music while filming those scenes. The dancing rarely matches up with the music we hear.

I do have to say the best part of the party was that they actually incorporated the other storylines into it. Even though they were brief scenes, the Bridget/Nick/Katie tension was finally seen on screen. It has been months since it all went down so it was nice to actually see them finally cross paths. Even Katie’s obsession with Jack was addressed and Donna was brought up, which was appropriate since her ex-husband had to encounter her whole family. I don’t need to see these storylines every day, but I do need the show to remember them once in awhile. 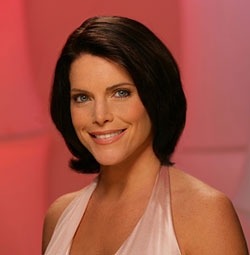 The Bold and the Beautiful Video Clip: Jack Wagner Sings All I Need!