The Bold and the Beautiful’s Mackenzie Mauzy In White Noise. (Updated!) 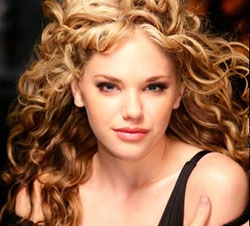 Mackenzie Mauzy has been cast in the Chicago edition of the rock musical “White Noise,” which is being produced by Whoopi Goldberg and directed and choreographed by Broadway’s Sergio Trujillo. According to Broadway World, the musical will officially open its eight-week run in Chicago at The Royal George Theatre on Saturday April 9.

Mackenzie Mauzy’s (Phoebe) “White Noise” opened a three-week test run at the Le Petit theatre in New Orleans on July 8 and will open in Broadway in October.

Performances in New Orleans will run Tuesday through Friday at 7.30 PM and Saturday and Sunday at 2.00 PM and 7.30 PM through July 26.

Fresh off her stint in “A Tale of Two Cities” and her brief return to B&B, Mackenzie Mauzy (Phoebe) is set to appear in the production of “White Noise.”

The musical, described as a cautionary tale about race and the politics of hate, centers around a pop music manager who wants to bring sister singing act Eva (Mackenzie) and Kady to the mainstream even though their songs are about hate, white power and separatism.

“White Noise” will preview at the University of New Orleans Performing Arts Center on December 5 in order to give the show exposure and garner some buzz in hopes of landing on Broadway. The show is by invitation only.

Soaps.com will miss seeing Mackenzie on a regular basis, but we are thrilled for her success in the theatre.

The Bold And The Beautiful Video Promo: Bill Confronts Amber