2012 The Bold And The Beautiful Year In Review 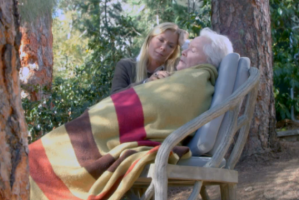 2012 was a year of life changing events on the Bold and the Beautiful. Weddings, babies, and death were all paramount this year. Saying good-bye to a beloved character made this a year to remember.

He Loves Me, He Loves Me Not.
The story that most dominated B&B throughout the year was the love triangle involving Liam, Hope and Steffy. Trips to different cities caused Liam to flip flop back and forth between his women. Liam started the year off vacationing in Mexico with his wife, Steffy. Hope was also there with Thomas, and both Hope and Liam pined for one another. He decided Hope was the gal for him, but Steffy refused to give him an annulment. Hope and Liam hooked up anyway, and she lost her virginity to Liam. Feelings of guilt plagued her for sleeping with Liam while he was still married to Steffy. The trio then found themselves in Aspen. By this point, Hope was addicted to anti-anxiety medication. Meddling from Bill didn’t help Hope, and she lost control of her life and herself on the ski slopes and crashed right into Steffy. Liam rescued an injured Steffy on the slopes, prompting the two to share a kiss and for Liam to destroy the annulment papers. Despite this romantic interlude, Liam moved on with his plans to marry Hope. They planned an elaborate wedding in Italy, which Steffy was invited to be a part of as Hope’s bridesmaid. In typical triangle fashion, Liam and Steffy made out when Liam thought that Hope left him at the altar. She didn’t, and he married her, but once they crossed the threshold back in Los Angeles, their marriage was on shaky ground. Hope left Liam and told Steffy she could have him, which led to an eventual Steffy and Liam reunion. Steffy and Liam moved in together, but Hope recently decided she’s miserable without Liam and wants to win him back. At this point, the story has been dragged out so long, it’s tough to care who ends up together. Here’s hoping for a resolution to this nonsense in the new year.

I do!
Weddings are normally a happy occasion, but they had disastrous outcomes for the brides of “B&B.” As mentioned, Liam and Hope had a romantic wedding in Italy, complete with a parade through a villa. The marriage didn’t last. Longtime lovers Brooke and Ridge pledged their undying love for one another in an intimate ceremony in front of family and friends at the Forester mansion. In a truly bizarre twist, the marriage didn’t last past the honeymoon, as Brooke returned to Los Angeles alone. She revealed Ridge left her for texting Deacon about Hope. After all Ridge has forgiven Brooke for, texting was the breaking point? As sweethearts Dayzee and Marcus prepared to wed at the Forester mansion, Marcus’s texting addiction caught up to him and he hit Anthony, one of Dayzee’s close friends, with his car en route the the wedding. Marcus was briefly jailed before it was revealed that he wasn’t the one who hit Anthony after all. While Marcus and Dayzee’s newlywed bliss started off shaky, this was the one marriage that stuck.

Baby Blues.
Katie became pregnant, which was cause for worry given her heart condition. Learning of Bill's meddling in Liam's love life didn't help Katie's stress level, either. She delivered a healthy baby boy, Will, after an emergency caesarean. The adorable bundle of joy wasn't enough to cure Katie's baby blues, though. She embarked on a wild mission to pair up her husband with the newly single, Brooke. While Brooke and Bill connected over caring for Will, Taylor tried to help Katie with her postpartum depression. Eventually, Katie recovered and eagerly returned home to reunite with her husband and son. Katie is now facing the romantic setup she engineered between her husband and sister. Perhaps this will be the new triangle on "B&B" this year.

Nice To Meet Ya...No Wait, See Ya!
The Foresters welcomed Caroline Spencer, niece of Bill. Her mothers, Bill's sister Karen, and Danielle, were also welcomed to the LA scene. Caroline was wooed by Rick and Thomas. After a romance with Thomas, Caroline wound up in a relationship with Rick. While the Spencer family grew, some of our beloved Marones bid farewell. Nick continued to try and propel Jackie M past Forester. He had a brief flirtation with Donna and then joined forces with Bill to revive Jackie M, but has been MIA ever since. After Bridget gave Owen her blessing, he returned to town and reclaimed his Jackie's heart. That's the last we saw of the pair and was one of the big disappointments of the year. Characters with big personalities like Nick and Jackie deserve to go out with a bang, and not a whisper.

Farewell To A Legend.
Undoubtedly, the biggest story of the year was the death and loss of matriarch, Stephanie Forester. Stephanie's lung cancer returned, and with the sad news that there was nothing that could be done to save her. Instead of mourning, in typical Stephanie fashion, she and Eric planned a big party so that she could say good-bye to her loved ones and properly celebrate her life. Stephanie was treated to returns of her beloved daughters, Felicia and Kristen. As her family and friends surrounded her in love, a wonderful Irish party was thrown in Stephanie's honor. After the party, Stephanie bid her loved ones a final farewell and Eric took her to Big Bear for her final remaining days. Eric had to briefly leave her for a work meeting, but Brooke stepped in so Stephanie wouldn't be alone, and so, it was Brooke who was with Stephanie in her final moments. Stephanie joked that she always said Brooke would be the death of her, before asking Brooke to sing her to sleep. Stephanie quietly passed away and the Foresters begin a holiday season and new year without the irreplaceable Irish lass. The show won't be the same without her, but the show did an amazing job saying good-bye to Stephanie Douglas Forester.

What were some of your favorite moments from the "Bold and the Beautiful" this year? Feel free to share your comments below.