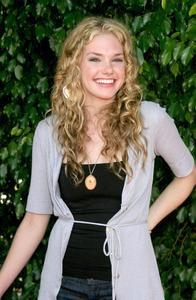 In “The Bold And The Beautiful” history, December 2008, everyone was forced to face their first Christmas without Phoebe Forrester…

This year the Forresters will have their first Christmas without Stephanie. It wasn’t too many years ago when they remembered another family member who they lost. Phoebe had died on December 9, 2008 as a result of a car accident. Eric, among others, weren’t sure how they’d get through the holiday without her, but Stephanie reminded him that Ridge wanted them all to pull together.

Rick, who had been driving the car, spent a portion of the day by Phoebe’s grave, wishing it had been him who died. Taylor appeared, and though she admitted she’d often thought the same thing, she lashed out that her daughter was gone – they all needed to find a way to move on. Rick left Taylor alone, holding her daughter’s baby blanket.

The rest of the family gathered at the Forrester Mansion. Brooke arrived with Ridge, and Thomas appeared with Steffy, who adamantly announced that her mother refused to join them. Steffy claimed Taylor, like herself, was having a hard time celebrating and acting as if Phoebe didn’t die. Ridge assured his daughter that the gathering was about healing.

While Ridge slipped away, Rick arrived and received backlash from numerous people over the accident. It wasn’t until Ridge returned, with Taylor by his side, when the family joined in song and wished Phoebe a Merry Christmas.

Feel free to leave your favorite holiday memories in the comments section, and if you haven’t already view our Flashback in Y&R History: Chloe Traps Cane.

Vote in Soaps.com’s Weekly Soap Debate: Returning Characters to see if any of your past favorites are on our list then read Soap Opera Fan Blog’s B&B Actor Appearances to see where the stars are turning up outside of Daytime.