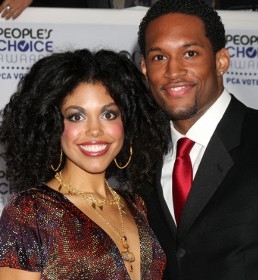 According to TV Guide, Karla Mosley and Lawrence Saint-Vincent, who played married couple, Christina and Remy on “Guiding Light,” are headed for “The Bold and the Beautiful” in new contract roles. Mosley will first appear on January 17 as Maya, a person known to Dayzee (Kristolyn Lloyd) from her Skid Row days. Saint-Vincent debuts on January 29 as Marcus’ adoptive brother. This character hasn’t yet been given a name.

Are you excited for these two “Guiding Light” actors to join “B&B?” Let us know by voting below.

If you missed it, vote in our Throwback Thursday B&B Poll: Bill And Katie.

Learn about Demi Moore's recent strange behavior through Celebrity News, and let us know what you think of Victor outing Billy on "Y&R" by voting in Soap Opera Fan Blog's soap opera polls.