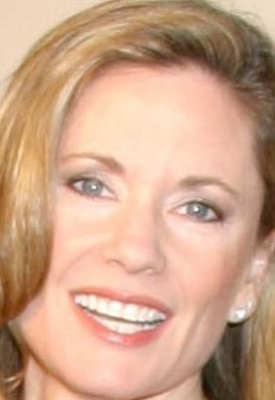 In this time in “The Bold And The Beautiful” history, 1990, Ridge Forrester lost his wife, Caroline Spencer Forrester…

Fans who have watched from the beginning will remember Ridge’s love affair with Caroline Spencer (Joanna Johnson), twin sister of Karen’s, Bill’s sister, and Caroline’s aunt. Many from the Spencer family will surely be there to comfort the Forresters after losing Stephanie who died of cancer, as did Caroline.

Caroline fell in love with Ridge and planned to marry him even though her father, the late Bill Spencer, tried everything to stop her. Just as Caroline was about to say her vows, she collapsed and was admitted to the hospital. It was during this time when Brooke Logan befriended Caroline, who moved in with the Logans after being raped by Ron Deacon. Ridge stood by Caroline’s side during the trial and told a judge she was a virgin and planned to remain one until they were married. This prevented Ron’s lawyer from twisting his story about Caroline further.

Brooke was in love with Ridge, and Thorne in love with Caroline. Working together, they managed to make Caroline believe she and Ridge didn’t have a future, leaving Carline to marry Thorne. Once the truth came out, she ended her friendship with Brooke. Caroline’s marriage to Thorne ended and she married Ridge. However, their happiness was short lived. Caroline found out she had Leukemia and soon left Ridge a widow.

If you remember Caroline feel free to leave us your favorite Ridge/Caroline moment or simply tell us who’s your favorite ex of Ridge’s. Also view our Genoa City Flashback in Y&R History: Neil’s Addiction.

View Soaps.com’s After The Soap Finales: Where Are They Now to hear which former “OLTL” actor is now on Twitter then vote in Soap Opera Fan Blog’s B&B Polls, including one on Eric and his life after Stephanie.